PEOPLE WE ADMIRE! PART I

TOMMY BATCHELOR, star of Billy Elliot" now all grown up. Having left his Broadway days behind, Tommy is now pursuing his education and is involved in multiple dance projects - not the least of which is tapping his heart out in his custom designed So'Danca Pro Tap shoes.To see more on Tommy, go to You Tube and type in his name. Why did we pick Tommy? Simple. Despite headlining the show on Broadway and in Chicago, the fame, rave reviews and fan club have never changed him from the really nice, grounded an insatiably curious person he is. 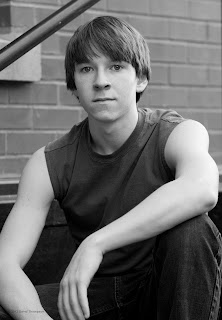 GENNADI SAVELIEV, recently retired soloist with American Ballet Theatre. Gennadi was trained at the famed school of the Bolchoi Ballet in Moscow and was a member of the company until he joined ABT in 1996. He has toured the world both with the company and as a guest artist. He is also the winner of the Silver Medal in the New York International Ballet Competition. In 1999, he and his wife Larissa created the now famous ballet competition Youth America Grand Prix. Little did they know at the time that YAGP would become the major international dance competition that it is today. "Retirement" in Gennadi's case is all relative since it seems he will be busier than ever.


DAN GUIN and JANE TYREE, co - directors of Boca Ballet Theatre, the largest non-professional dance company in Florida. Kudos to the husband and wife team for having the foresight to create the first College Dance Fair in the southern United States. The week-end event allows students to take classes and speak personally with representatives of university dance programs from around the country, all in one place at one time instead of having to travel from school to school. Eight schools were represented at this first event and more will certainly join in the second year. The high school juniors and seniors hailed from surrounding states as well as Texas and Missouri. A great event with even greater potential!