Dealing With Police Officers "The Ticket And The Beast" Part 2

Some of you might think this post weird, you might be asking "Why is he talking about cop etiquette instead of talking about America and the 4th of July?", well the answer is simple, the amount of atrocities that occur every year between people and police officers during this day are astounding, thus the importance of this post. This is a great day where we celebrate our liberties, our freedom, our pride of being Americans but it is also the day many get drunk and cause accidents, where people do really dumb things with fireworks and basically the 4th has become to some a "green light" day to do whatever craziness they can think up, which can backfire two ways, the first is that you might get arrested and that if you are one of the people not being crazy, you might get in trouble just because police officers are on edge. This will be part 2 of 3 posts on this topic, dealing with the proverbial ticket and jerk police officers, I hope this might be informative. 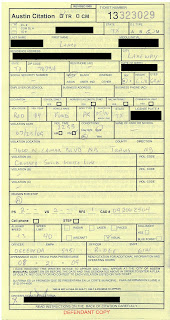 Sometimes regardless of what happened, regardless of what steps you took, of how much you cried, of how much you pleaded, you will get the proverbial ticket. There is no way to hide from it, we all get one, at least one, the amount of drivers out there that have never gotten a ticket is very small, the amount that has never been pulled over is even smaller, so prepare yourself for both. Remember that the police officer is not your enemy, he isn't, he is there to protect the people and so even though you are mad at him he has to do his job, if you break the law he can choose to look the other way but the right thing is for people to get what they deserve. Next time you get a ticket remember that it is better for the law to be upheld then for all cops to just look the other way. 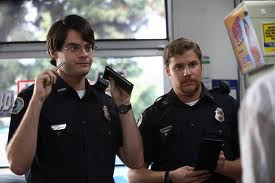 I'm not saying that getting a ticket doesn't stink, oh it does, but in the end of the day you can't really be angry at the officer for doing their job, that's just unfair, it's like looking at a doctor after surgery and being like "why did you heal me? why? how dare you do your job!". I also understand that this scenario only works if we are talking about good police officers, the ones that actually take being an officer as a big deal, as a responsibility to keeping the peace and being awesome. The scenario changes if we are talking about bad cops, which brings us to our next topic, the eventual pain in the rear cop. 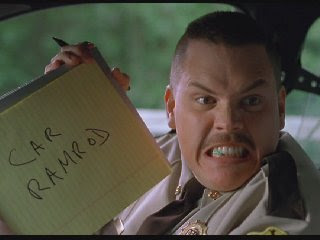 When reading this post understand that I'm attempting not to curse, when "bad" is said the vulgar word for "rear" is being used, now that the picture is painted let us begin. There will be times where you won't do anything wrong, or when your infraction will be so small that getting a ticket will annoy you to the core. These times are generally heightened by the fact that there is a "bad" cop going through the motions with you, except instead of just going through the regular motions he treats you horribly, like you're the worst person in the world, he'll egg you on and try to get you to lose your temper, he'll push you to the limit till you are full to bursting, here is the key element to dealing with these cops, don't buy into their game, keep calm and bite your tongue.

These are the cops that will make your life a living hell, all they want is for you to have a panic attack and retaliate, this will be the point where they will pull you out of the car and manhandle you, even to the point of handcuffing you and placing you on the curb. Your infraction could have been minuscule, but this guy doesn't care, he just loves to abuse his power, he loves pushing you down and elevating himself, so don't be that poor soul on the curb and bite your tongue, calm yourself, dealing with this "bad" as "by the book" as possible, trust, this is the best response.  Even during the worst of it, just keep calm, there is no talking to these type of cops, so the best response is silence and respect.


On Friday we'll be talking about what to do in case you are ever arrested, we'll be talking about the worst case scenarios and true stories of people that just weren't wise with how they handled themselves and the disastrous consequences of following their example. Hope you all have a fantastic 4th of July, enjoy yourselves and watch "Independence Day" while you are at it, definitely my favorite 4th of July movie. And please, please be safe, be smart and don't drink and drive, never a wise decision.

Love from your humble blogger,
Posted by Mario Ransan at 11:24 AM